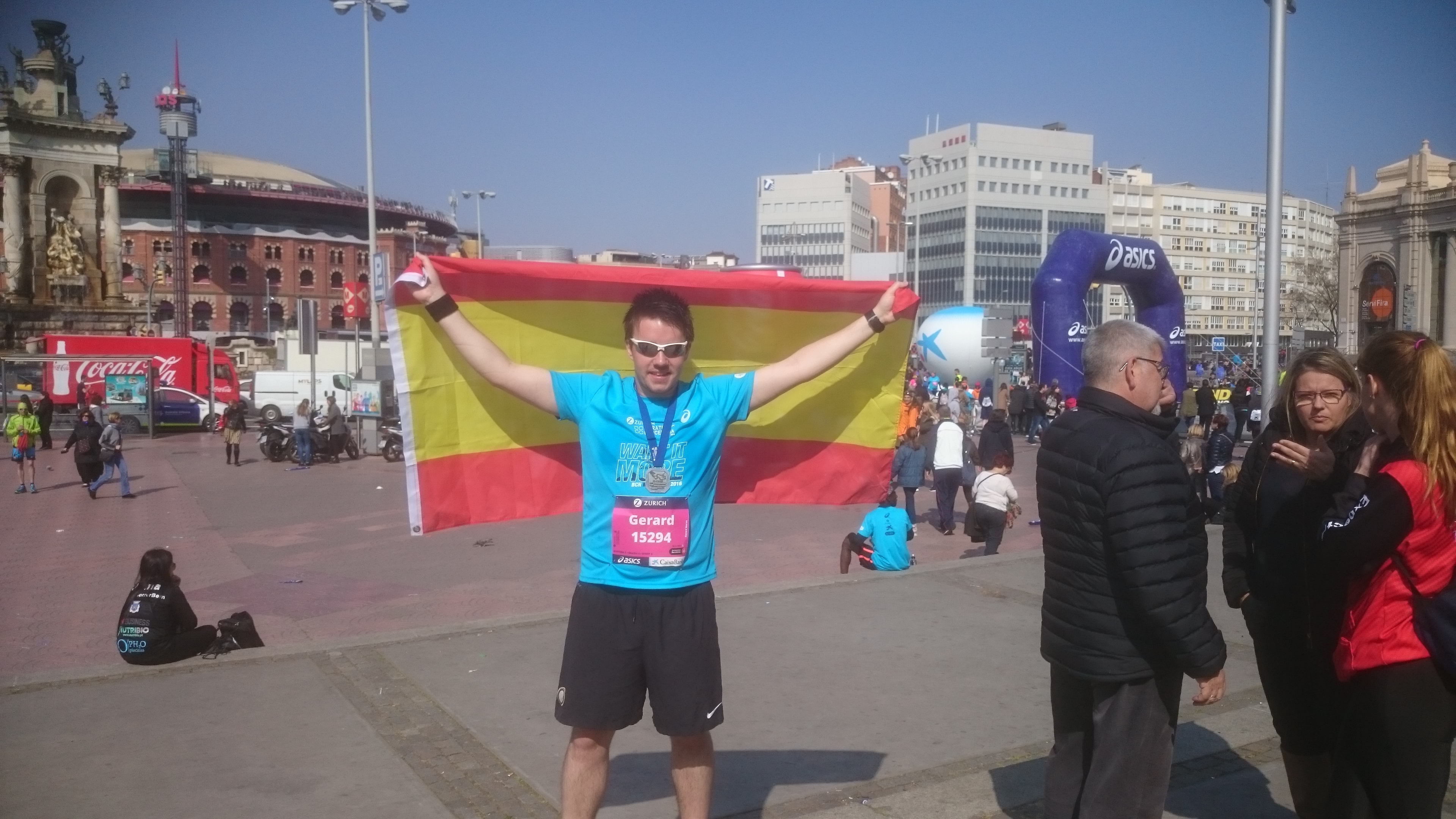 AJ Power Mechanical Engineer, Gerard Moran, has embarked on a journey to run five marathons, in five different cities, in two months, all for charity.

The 27 year old engineer ran his first marathon in 2014 in his home city of Belfast and from this has took on the challenge to complete five more over the few two months:

“I loved the thrill I got from doing the Belfast Marathon in 2014 and raising over £600 for the RNIB. When I saw the runners doing the marathon last year, it made me realise I missed that excitement of being on the other side of the barriers. I definitely wanted to do Belfast again but also wanted a bigger challenge. So I decided to sign up for a few and end with Belfast. This ended up being five marathons in seven weeks. I thought it would be a great opportunity to raise money again for a good cause, but couldn’t decide which. So in the end I thought it would be fitting to choose five charities. It hasn’t been easy so far, but with everyone donating so generously, especially within AJ Power, it’s given me a lot of satisfaction and motivation to carry on. Thanks everyone!” commented Gerard.

Pictured Above: Gerard after completing the first of five marathons in Barcelona, at a time of 4 hours 27 minutes.