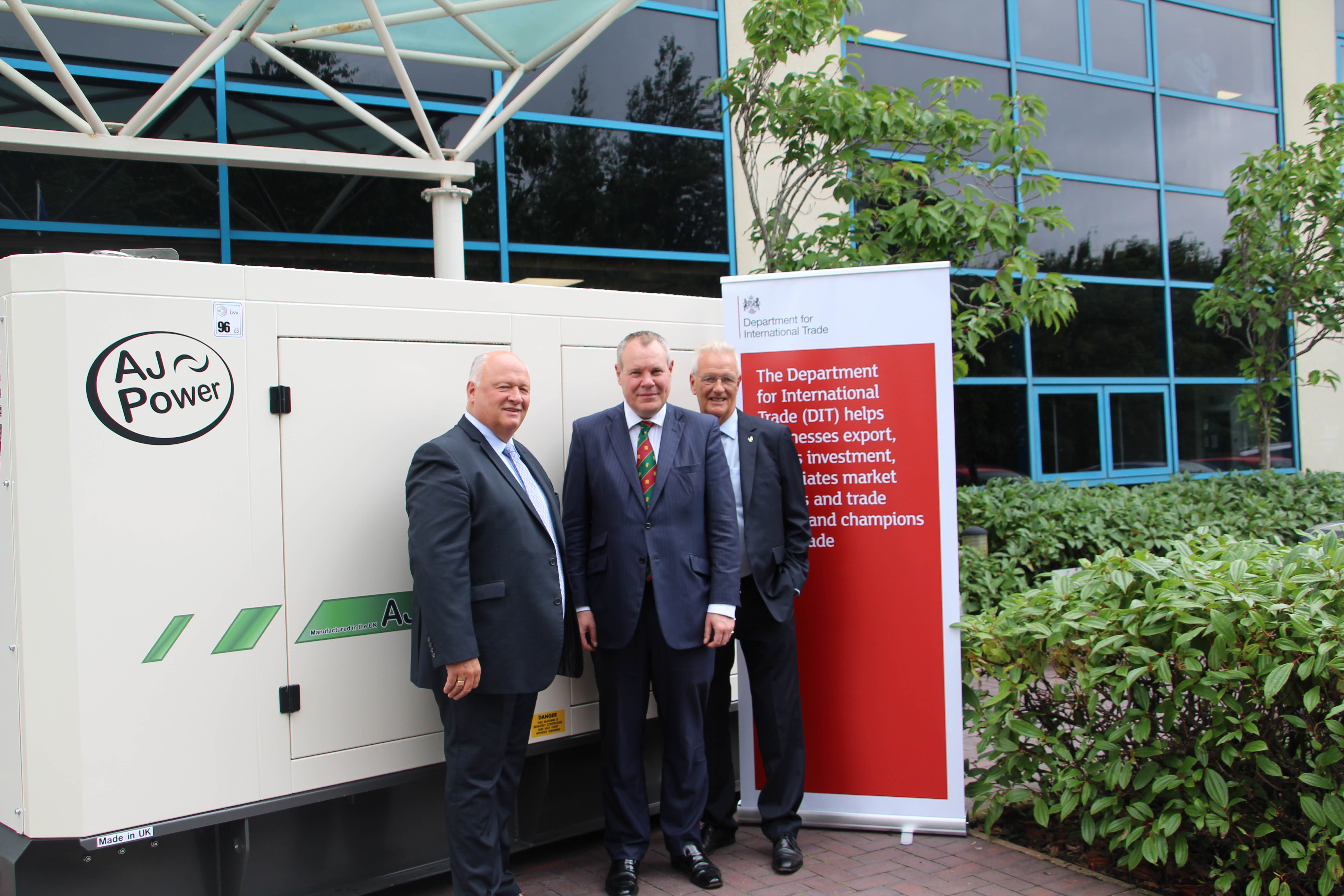 AJ Power was delighted to welcome the Minister of State at the Department for International Trade, Mr Conor Burns MP, to their premises on the 14th August.

The Minister toured the manufacturing facilities and viewed the range of generating sets which are distributed by the company to over 85 countries worldwide. He was also able to see the significant factory investment made by the company since the Brexit decision of 2016.

The company also discussed their plans to access high growth future opportunities as well as how they will mitigate risk on exit. Upper Bann MP David Simpson welcomed Minister Conor Burns to the constituency commenting; “It was a privilege to welcome the new Trade Minister to the Upper Bann constituency. As we get closer to the deadline of 31st October when the United Kingdom will leave the European Union, it is imperative that Companies like AJ Power are assured that the government will do all they can to help exports continue with as little bureaucracy as possible and are given every opportunity to widen their global markets. “

Before departing the Minister was shown the new low emissions products that launches next year. The first a Stage V generating set for use inside ultra-low emissions zones and the second a high efficiency hybrid set which has been designed for use on off grid radio base stations that are used by the mobile telecommunications industry.

Minister of State, Conor Burns said: “Our new free trade agreements will bring benefits to people right across the UK, so I’m happy to be back home in Northern Ireland this week. Successful exporting businesses like AJ Power are helping to drive our trade around the world and support jobs across the nation. “Northern Ireland plays a vital role in securing the United Kingdom’s shared prosperity. I look forward to working with businesses across Northern Ireland to help make sure they are fully prepared for leaving the EU on 31 October – and then ready to trade with the world.”